Last night I (Matt) went on an with another local Bangkok ministry into the Sanam Luang area of Bangkok near the Grand Palace. During the day the Grand Palace and Wat Pho draw some of the biggest crowds of tourists in all of Bangkok. After these well-known tourist attractions close for the day and the sun sets, this area is a notorious gay prostitution area where Thai men come purchase other Thai men. 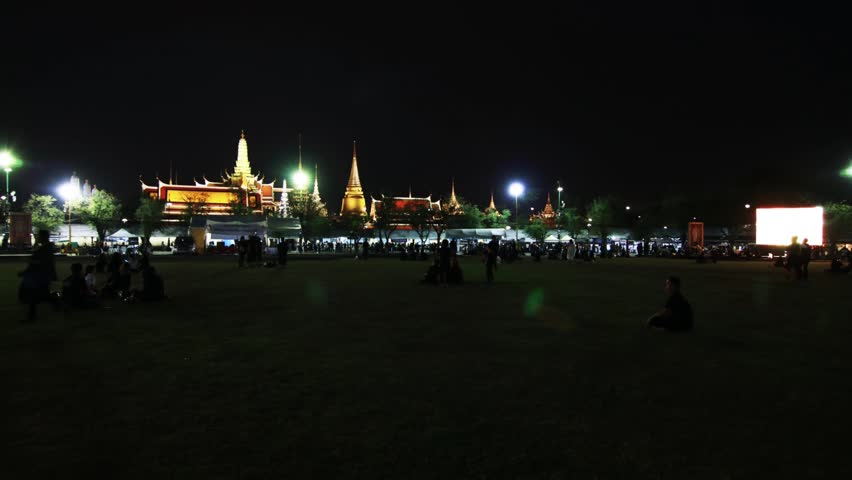 In the year following the passing of the Thai’s beloved King Rama 9, the area was closed down and guarded by the Army.  As a result, the ministry I joined with for this experimental outreach had not been outreach in this area for over a year. The leader of the ministry wasn’t sure what the environment would be like now and what we would find as we went out.  As we went around what we call the “loop,” my outreach partner told me the areas that we were walking would normally have several groups of guys standing waiting for clients. My teammate told me, “I hope it’s because God’s answered my prayer and these guys have left prostitution, but I can’t be sure. It may just be that they went somewhere else.”

We walked the majority of the “loop” without seeing any men. It wasn’t until we came to the final street of the loop that we began to run into guys.  The first gentleman we ran into we sat and talked with for about 25 minutes, sharing that we came to because God loved him and we wanted to share good news with him.  “Dtao” also opened up and shared his story with us.  He is a husband and father of three children age 16 years old, 6 years old, and 6 months old.  Dtao and his wife run a noodle stand.  He had come to work the streets to make some extra money because since the birth of their baby his wife hasn’t been able to help run the stand and it’s really hurt their finances. Dtao also needed to make about $300 US dollars to cover his six year old’s school expenses for the upcoming year.  He plans to only work as a prostitute to cover the school expenses, and then quit.

After chatting with Dtao for a while, we moved on and ran into a group of guys who were waiting for customers.  We told them we had come to let them know that they were loved by God and we had good news to share with them.  One of the guys, “Yut” was taken back a little because just the day before while he was in another neighborhood across town he had another believer share the gospel with him and invite him to go to church. It was incredible to be able to share with “Yut” how God was pursuing him and sent us to talk with him because God loves him so much and has good plans for his life. We were able to add water on the seeds the other man had sown.  After we had talked for awhile he told us he thought he would reach out to the man who invited him to church and go with him that coming Sunday. Wow! God is so great!

I am excited to continue this outreach and see what kind of good fruit will come out of it as we seek to follow Jesus as minister of reconciliation and messengers of hope. Our desire is to do outreach in the Sanam Luang area every other Thursday night beginning in May. Please join with us in prayer that as we begin these outreaches we will see Jesus encounter many others like Dtao and Yut.